I prefer creating my own imaginary food competition.

I present to you – Battle of the Burgers, the Northeast vs. the Midwest edition, the Shake Shack burger vs. the Jucy Lucy!

In all honesty, I probably messed up the shake shack burger when I copied it from this Youtube video here. I mean, I already removed the burger buns by accident (and screwing up the first step that was mentioned within the first 10 seconds of the video). Nevertheless, I was undeterred and decided to valiantly pursue my quest of making this burger war happen.

So first was the meat. So some of you may be thinking – what exactly is a Jucy Lucy? Some have called it America’s finest. Some have called it sacrilegious to cheese. Some have also mentioned that they don’t get the hype because it’s ultimately a burger with cheese. Well – I am determined to at least give this culinary oddity a try. So behold the patty preparation process! 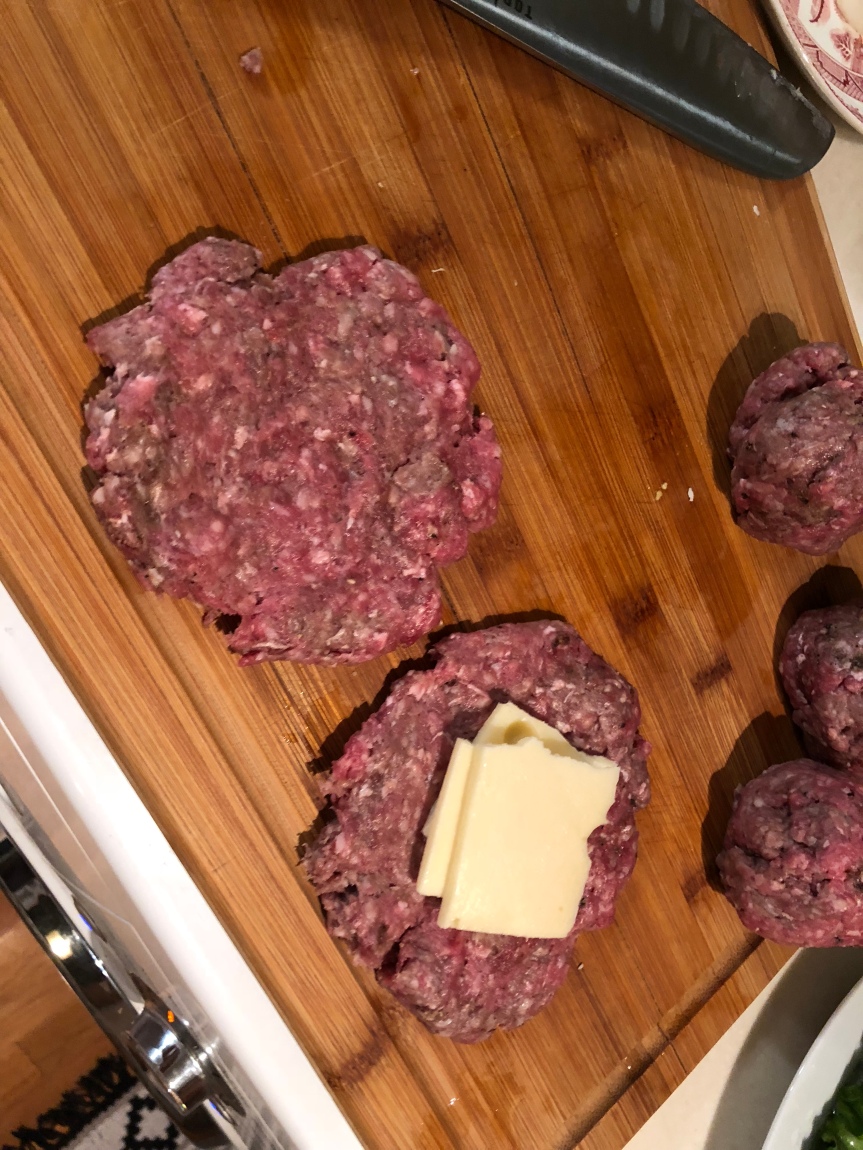 While the process looks simple (and is in fact, fairly straightforward), a number of things you needed to pay attention to. First, you had to make sure that the edges of the burger were adequately sealed. Otherwise you’ll have yourself a Juiceless Lucy when the cheese leaks out of the patty. That also means that you have to basically double the patty size.

After some quick searing, make shift “shack-sauce” making (I left out the pickle brine in the recipe – I don’t usually eat pickles and was not going to purchase a whole jar for a little bit of brine) and some careful plating…. 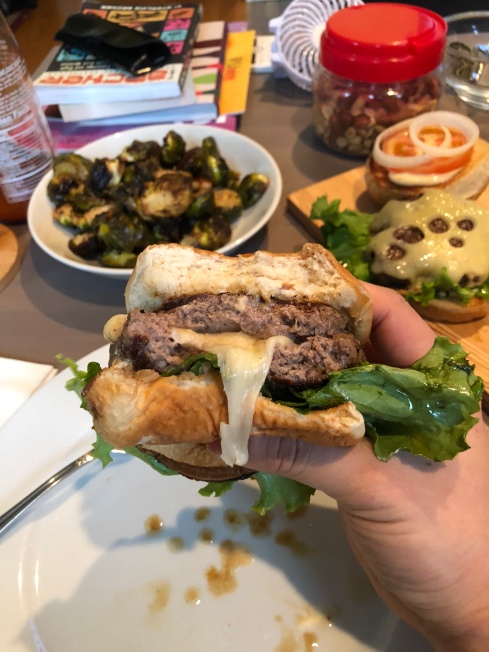 I have to say, as bizarre as it sounds, having the cheese INSIDE the burger is a lot better than having the cheese outside. I think I’m going to be making a lot more Jucy Lucys from here on out. (Sorry Shake Shack. While your chicken sandwich will always have my heart, my vote goes to Lucy this time around).